Email is your handy torch just put it on.

Email is your handy torch just put it on.

According to Radicati, the total number of worldwide email accounts was 3.9 billion in 2013 and was projected to be 4.9 billion by 2017. and now we just entered in 2018 so number must have grown further. But what you don’t see so frequently touted are the statistics on email usage. To put this in perspective for you, there are 3x more email accounts than there are Facebook & Twitter accounts combined.

Did you know that organic reach on Facebook I.e. the number of your fans who actually see your posts in their Newsfeed is only 6%? Interesting.. right..! This is the real story of statistics on reach and engagement from a marketing point of view.

With Facebook boasting over 1 billion active users per month and Twitter boasting 255 million, I certainly couldn’t blame you for being persuaded to focus a large portion of your marketing efforts on social media.

On the contrary, open rates for email marketing messages are generally in the 20 – 30% range, meaning your message is 5x more likely to be seen through email than Facebook. Interesting.. right..!

While it’s clear email has a much better engagement and response rate than social media, you may be thinking that it’s much more difficult to get people to give you permission to email them as opposed to get them to become a fan on Facebook or become a follower on Twitter.

But that’s not the case.

Always a fan of testing, Derek Halpern did an experiment to see which would be harder: getting people to subscribe to his email list, or getting people to follow him on Twitter. You would think people are more likely to click a follow button than give up their email address. But you would be mistaken.

In his experiment, he sent 1,000 visitors to his email opt-in page, and 1,000 visitors to his Twitter page. The results? He received almost 500 new email subscribers, making it a conversion rate of almost 50%. While he doesn’t give the exact number of Twitter followers he gained, he did say it was no where near 500 new followers and that the Twitter page underperformed significantly compared to the opt-in page.

In the same piece, he goes on to talk about different ways you can grow your email list successfully and how one of his readers got a 500% increase in the number of people subscribing to their list each day just by putting opt-in forms in the right places on their website. That’s a significant increase, and best of all it was a one-time thing that doesn’t require devoting an hour or two a day to creating, participating in, and monitoring discussions.

According to Facebook, there are 1500 stories they could show on a user’s Newsfeed at any point in time, so it’s not surprising your brand’s posts aren’t making the cut amongst photos of friend’s holidays. And even if your post was to appear, you’re competing for a user’s attention with friends, family, and the latest viral video from BuzzFeed.

On the flipside, when a user logs in to their email account your email campaign has just as much chance of appearing in the list and getting noticed as everybody else’s. This is more than most brands can say about the reach of their status updates on Facebook and Twitter.

When you see emails from people you know and the companies you love, you’re going to open them and likely click on any links that catch your eye, whether they are to great pieces of content or special offers. If you think about the number of clicks you’ve made on Facebook ads or Twitter promoted tweets compared to the clicks you’ve made in the email, I’m willing to bet the latter number has been higher.

What I am saying is rather than getting lured in by the hype of social media, stop and consider whether it’s really the best marketing channel to be focusing your limited time and effort on. I think you might find that email is a channel that’s worth a lot more of your time than you think – but hey, we’re biased. 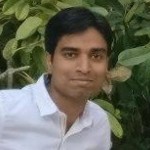 Pankaj Kumar is a senior professional with 6+ years of experience in CRM - Email marketing analytics | Email Deliverability | Acquisition | Retention | Strategies | Budgeting | Platform and Campaign management | Customer lifecycle and segmentation | SMS | Push | SAS | Google Analytics. He has worked with a broad range of clients to provide strategic, data-driven guidance to increase email delivery, subscriber engagement and revenue. He also helps marketers through this blogs in preparing strategies, data Analytics, deliverability, and CRM with a passion for helping email marketers exceed subscriber expectations. You may connect with him on LinkedIn at https://www.linkedin.com/in/kumarpankaj793/